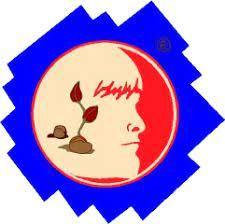 Odyssey of the Mind!

After two years of doing a virtual version of Odyssey of the Mind, teams were finally able to
compete in person this year. The team from Woolwich Central School made up of fifth-graders
Asa Merrick, Charlie Bachman, Georgia Leeman, Jacob Lichman-Paul, Lillian Newman, &
Olive Stead, met every Monday after school from January through April. They focused on
learning how to think on their feet and respond to problems as a team using brainstorming,
negotiation, and most importantly- creativity. Their hard work led them to compete at the state
level, where they won second place for their problem division. This accomplishment earned
them an invitation to compete on the world level with hundreds of other teams in Ames, Iowa.

Odyssey of the Mind is a worldwide program where teams of up to seven students (from
kindergarten through college) select a problem from five categories- vehicle, classics (dealing
with something classical), technical/performance, performance, & structure. The solving of the
problem is completely student-led; there is no parent or adult help allowed, other than guidance
and mediation from a coach. These problems can not be solved in ten minutes or even ten
hours! They take time to orchestrate, and this is where students spend the bulk of their time
preparing to compete. Hundreds of teams might attempt to solve any one problem, and each
solution presented to the judges would be unique. Teams are judged on their ability to include all
requested elements and the ingenuity and creativity with which they do so. The Woolwich
Central School’s fifth-grade Odyssey of the Mind team selected the performance problem called
Life is a Circus! The team wrote an original script with loads of humor, designed and built a
set representing a circus and real-world, and made costumes, along with paying attention to
the specific rules and guidelines required to compete. The teams also complete a spontaneous
problem, where they are tasked with solving a problem as a team without any preparation.